Today, we’re going to tell you about the top 7 software for creating 3D visualizations.

In the past 30 years, as technology has grown more advanced, interior designers and architects worldwide have adopted 3D visualization into their workflow.

3D visualization requires special software and allows professionals to create photo-realistic images of their designs – before any real-life work takes place. This helps designers communicate their ideas to clients and get feedback right away, instead of making changes later and wasting time and money.

There are numerous 3D visualization software, however, which begs the question:

Which software is the best for creating 3D visualizations?

What Is 3D Visualization? – 3D visualization is the process of creating renderings and virtual models to explore, review and envision 3D designs. Architects can use 3D visualization software to create interactive experiences to show owners and potential buyers what the final design of space will look like once the intended project has been completed.

Why Is 3D Visualization Software Used?

3D visualization software and 3D rendering, help software architects, designers, and 3D artists to manipulate designs in real-time, quickly concept and concrete. Exploring different options, refining and creating numerous versions of the design has never been easier. With these tools, architects and designers are not just able to gain a much clearer understanding of both, the qualitative and the quantitative nature of the spaces they are designing, but they are also able to communicate ideas more effectively and work collaboratively.

Some of the Common Uses of 3D Visualization

A 3D camera is an imaging device that enables the perception of depth in images to replicate three dimensions as experienced through human binocular vision. Some 3D cameras use two or more lenses to record multiple points of view, while others use a single lens that shifts its position. The combination of the two perspectives, as with the slightly different perspective of two human eyes, is what enables depth perception. A 3D camera can be used to create an immersive frozen-in-time moment for stills or video content that seems real enough to touch.

Choose the Right 3D Visualization Software for Your Needs

3D visualization software is abounding all over the industry and on the internet. Picking out the best one can be a bit of a tedious task especially if you’re looking for some software to help you with your learning or designing needs. Before deciding what software is best for you, consider the following:

Here are the top 3D visualization software for professionals:

Foyr Neo is a newly launched software that makes it easy for all kinds of users the process of understanding and using 3D visualization design software. This software comes packed with most of the features of the above-mentioned software, along with a comprehensive guide for users in all kinds of landscapes. Moreover, this software comparatively costs less when compared to other software for the same services, which makes it one of the most practical options to choose from this list.

As one of our clients shared: “Very happy with Neo; it has almost replaced most other 3D visualization methods I had been using so far. My team is loving the 10 times enhancement in speed and costs, as well as the zero learning curve. I can log-in anywhere, anytime and start creating high quality renders on a MacBook air. Now that’s quite a leap!”

For all types of 3D visualization designs, Blender is one of the most common software that is being used by both the professionals and the beginners. The software can be installed in both Windows and Mac-based systems. It contains various 3D visualization tools that can be used to create various models and animations. This is one of the very few completely free and open-sourced interior design software in the webspace. The only disadvantage of the software is that it has a slow rendering process.

This is also a 3D visualization designs software, but it is much less complicated when compared to Blender software. This software is also free for a particular amount of time after which, the users need to recharge it. It is mainly used for architectural modeling with a large number of library models. The process of the interface might be a bit difficult to grasp for the new users. It also supports third-party plugin programs.

This is an open-source 3D visualization design software that uses polygon modeling techniques, and this software is much easier to use. It makes use of some basic techniques, and hence, this is one of the best software for learning 3D designing. This tool can be used for learning the concept of 3D modeling easily with the help of professional-grade software packages. The major disadvantage is that it cannot be used for animations and doesn’t provide other features apart from the basics.

This 3D visualization designs software is contributed completely for non-commercial purposes, especially for students and other community members. Everyone can make use of this software because learning this software is a valuable skill. It is a free top-tier 3D design software and has some powerful rich features, along with some high range software tools belonging to them. One of the major disadvantages is that it has certain complex software packages which would be difficult to learn initially and demand some critical system requirements which are sometimes difficult to arrange.

KeyShot is all centered on providing users a quick experience in design. It comes with a powerful and quick as a wink render that gives users an in-depth view of every element in the design such as lighting, materiality, camera angles, and geometry. It is A great tool if you’re dealing with workflow issues as it eliminates problems related to drafting and drafting views. It’s a streamlined software less cumbersome in navigation than most other software and users would find learning the software to be fun as they work on a scene and simultaneously watch it being rendered in real-time.

Another lesser-known rendering software that is an excellent addition to any designer’s list for visualizing and designing needs. As its supreme name would suggest, critics and users have called it one of the fastest software on the market that has a smoothly built graphics card and render engine. It also animates at a fraction of the time at which other 3D visualization software takes up, employing more optimized techniques for producing results. Octane supports over 21 plugins and has tremendous backup capabilities, ensuring compatibility with other mainstream and lesser-known modeling programs.

Disclaimer: The information contained in this website is for general information purposes only. All logos/Softwares/company names are registered trademarks of the respective companies and Foyr has no associations, connections or affiliations with any of the software or companies mentioned on this website. All views written here are personal views of the independent writer. If you notice any infringement or copyright violations please write to us at legal@foyr.com

6 Best Home Design Software that you should know in 2020

7 Best Free 3D Rendering Software You Should Know About

Design Software & Tools
If you’re an architect or interior designer, you’ve probably worked with 3D rendering services to get high-quality images of your designs. But this means...

How to Create a Home Office Design that Maximizes Productivity

Interior Design Concepts
When you're working from the office, you are often distracted by a lot of things. Sometimes your co-worker stops by for a chat longer...

Interior Design Concepts
Anyone can relate to the feeling of walking into a doctor’s office with intimidating white tile floors, uncomfortable chairs, and painfully outdated wall art.... 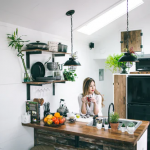 How Do High-End Designers Get Interior Design Clients On A Low Budget?

Interior Design Concepts
It is actually a pretty common scenario for high-end designers to get interior design clients with a low budget or no concept of a... 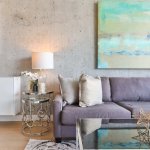 Interior Design Concepts
If you’re just starting as an interior designer, finding your way into the interior design business might seem like an intimidating task. Even after... 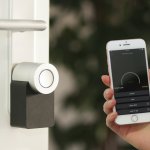 How to Turn Your Home Into a Smart Home?

Design Ideas & Inspirations
The term “smart home” can mean several different things. Some homes are built from the ground up with technological advances in mind. Others are...