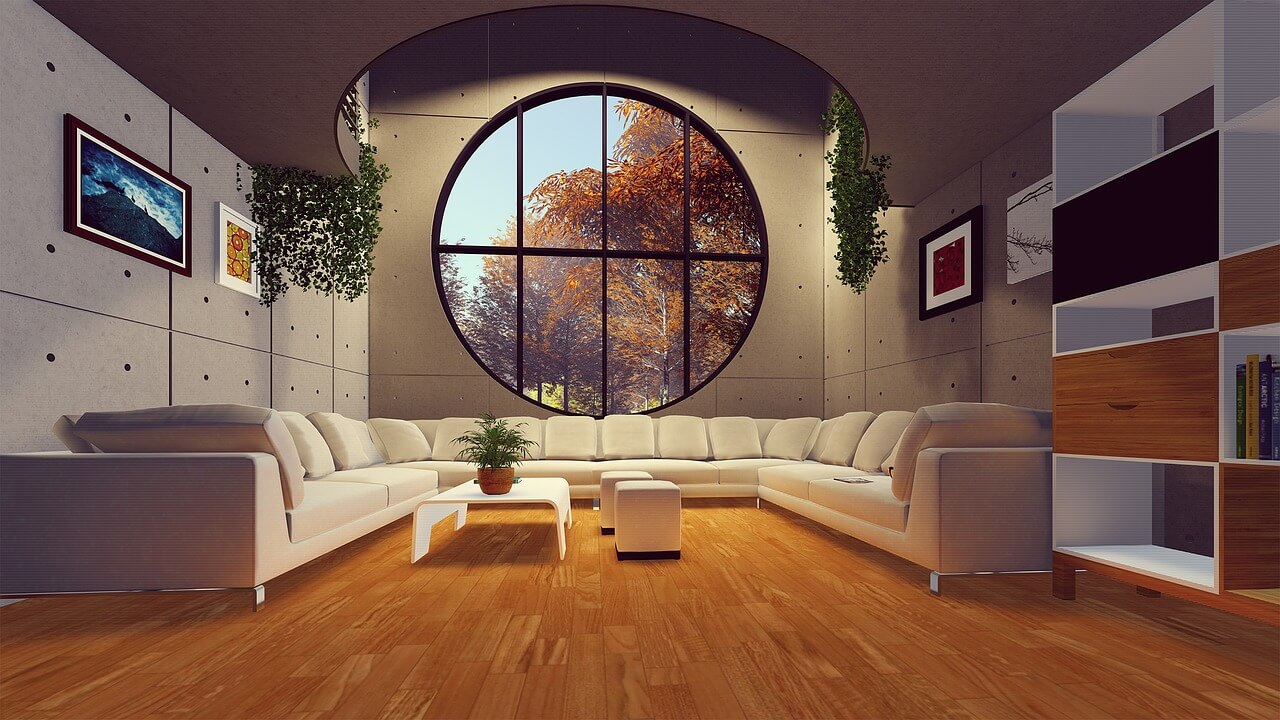 Have you ever watched an animated film and wondered how people could create such impressive 3D characters? Or maybe you’ve thought about how interior designers can create lifelike renders of a building or space that isn’t even built yet.

The answer to both scenarios is 3D modeling. But, what exactly is 3D modeling? How many different disciplines utilize this art form? And how do you even go about creating a 3D model?

These are all valid questions, as the art of 3D modeling can seem complicated and elusive to those who have never done it. Whether you’re looking to learn this technique, or you’re just generally curious, we at Foyr have all the necessary information for you!

What is 3D Modeling?

What are 3D Models Used For?

3D models can be used within a variety of fields. Some of the most common applications are:

How Do You Create a 3D Model?

There are various techniques for creating a 3D model, which has evolved over time thanks to improvements in technology. Regardless of what industry you are using 3D modeling for, there are four main methods to choose from:

In this post, we will walk you through these four types of 3D modeling, and also provide some alternate solutions if this process feels too complex for your creative needs. 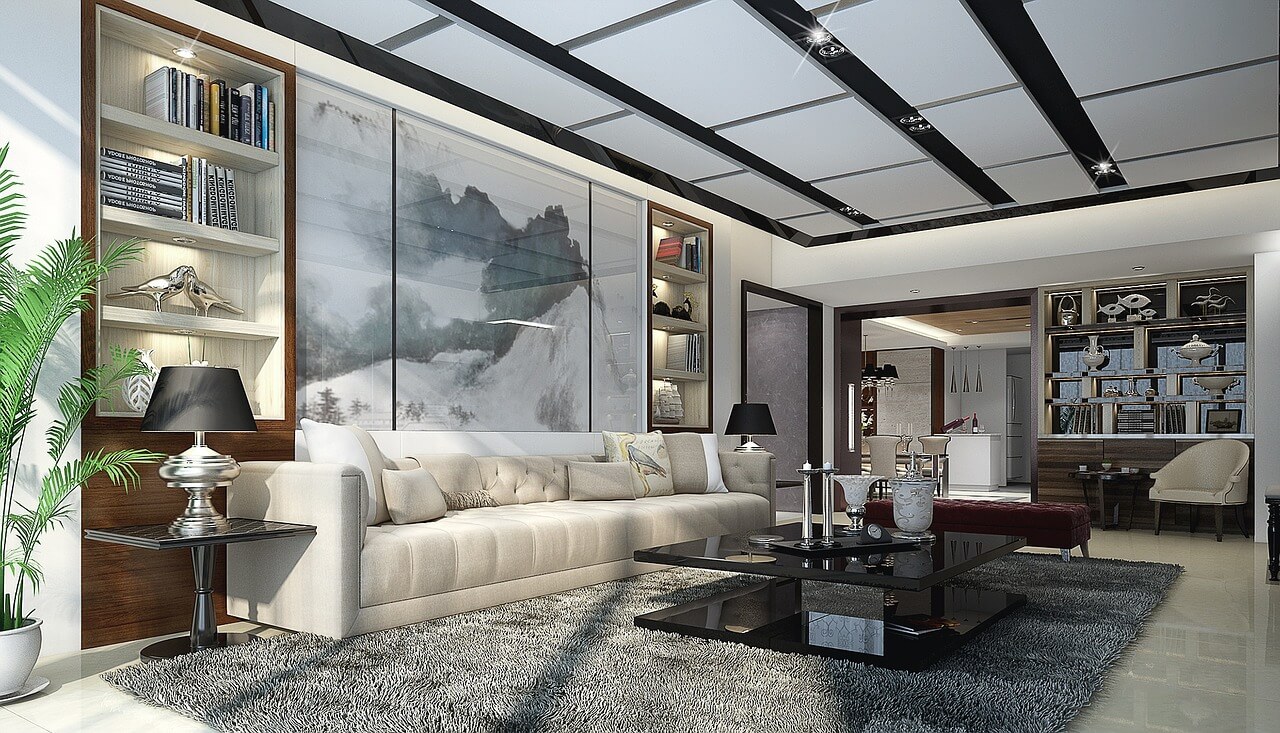 This type of 3D modeling mostly uses spheres, cubes, and other variations of these two shapes to put together the desired shapes. It is called primitive because it is a very rudimentary form of 3D modeling, mainly created through the combination of different pre-existing shapes.

This kind of modeling generally utilizes basic Boolean processors to get the right shapes and outlines. Boolean operators are some of the most common ways of generating three-dimensional surfaces and shapes. Designers can combine two different shapes or subtract one shape from another to create a new object.
[/vc_column_text]

This type of 3D modeling is done by working with X, Y, and Z coordinates to define different shapes and surfaces and then combining the different surfaces into one giant shape or model.

When designers use the polygonal modeling technique, they typically begin by creating a wire mesh in the desired shape – this requires a good working knowledge of the polygonal mesh theory, which means that this type of modeling might be too complex for beginners.

The most common use of this type of 3D modeling is in scanline rendering, which looks at each row of the model to generate an overall shape.

Rational B-Spline Modeling is the most common type of 3D modeling and also bases its technology on the combining and adjusting of geometric forms. Users begin by creating the dimensions of each shape, and these polygons can then be twisted and curved to get to achieve the desired 3D design.

One of the main reasons for this method’s popularity is that is easy to learn and master. This means that it has found resonance among beginners and professionals alike, and it enables people with various backgrounds to create compelling and unique forms. 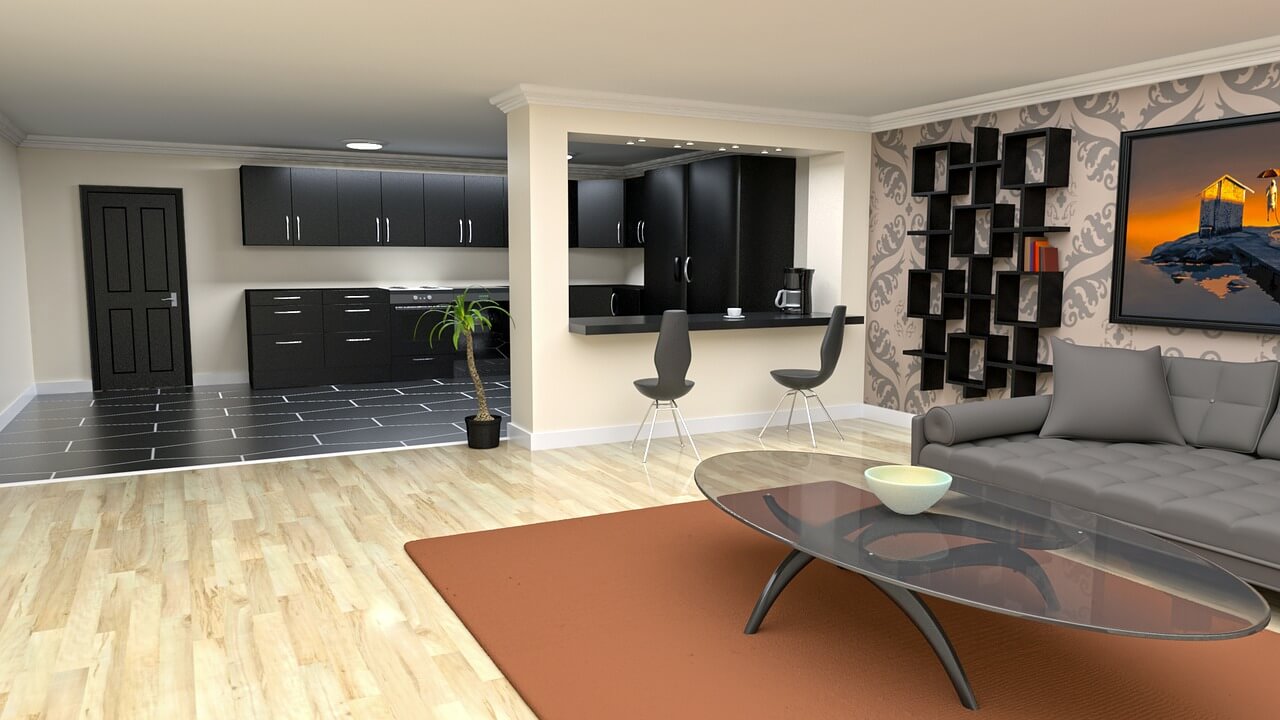 The final type of 3D modeling we are going to explore is Non-Uniform Rational Basis Spline or NURBS for short. This is a very popular method of 3D modeling due to its elegance, as it functions via a mathematical model that can be applied in a variety of scenarios to create realistic curves and surfaces.

The beauty of NURBS is that it can operate independently as an efficient program – meaning designers can rely on the technology itself to create realistic models – but it also welcomes human intervention and customization to add finishing touches to the 3D models.[/vc_column_text]

While talking about 3D modeling and its types, it is impossible to not discuss the role of CAD Software (computer-aided design). CAD software is an important invention with regards to 3D modeling. It helps in the visualization of the desired objects, designs, and models in virtual reality. Some of the important tasks that can be accomplished with the use of CAD software are 3D printing, 3D sculpting, 3D rendering, and of course, 3D modeling. The calculations involved in the making of 3D objects are undertaken by CAD software. The job of the designer is to define the shape and size of the 3D objects he/she wishes to create.

There are three major types of 3D modeling that fall under the rubric of CAD software: solid modeling, wireframe modeling, and surface modeling. These three types are further divided into subtypes based on specific features.

Let’s walk through these major modeling types within CAD software to develop a better understanding of the visualization and functionality of virtual reality.

Solid Modeling includes working with crude shapes, for example, spheres, cubes, and n-sided prisms. However, various projects may utilize methods. Some beginning with two-dimensional portrayal sketches that are then expelled to deliver a three-dimensional figure. Others add solid over solid so as to create more intricate figures. But the resulting solid models are the same.

This sort of 3D modeling software is particularly helpful when flat surfaces or basic bends of consistent radii are included. It additionally lends itself very well to exact measurements and angles. Some striking bits of programming that utilize strong demonstration incorporate Tinkercad and FreeCAD at the entry-level, and for further advanced work, SketchUp, solid words and Autodesk Fusion 360.

Wireframe modeling represents shapes as a network of vertices. Each geometrical face is made out of min. three vertices and every vertex can be important for at least one appearance. The size and state of things are altered by changing the position of every vertex.

Numerous wireframe demonstrating devices use triangles as their fundamental components, and the more triangles use, the real it looks. This is shown by “polygon check”, the absolute number of triangles (or other planar shapes) contained inside the wireframe of a model.

Generally, this method was the first to be utilized to model 3D figures, at that point having moderately low polygon counts, making figures to some degree blocky. There are numerous programs that use this methodology, however a portion of the principal programs that allow manual control of wireframe vertices are Blender,  Autodesk Maya, 3DS Max, and Cinema 4D.

Surface Modeling is another type of modeling that comes under computer-aided design (CAD). It takes a higher step when it comes to handling the complexity of shapes. It is the most upgraded type of modeling which defines the shape and curvature by depending upon the guiding lines.

A smooth surface is calculated by the software which then accomplishes the task of connecting the guiding lines. It is most commonly used for illustrations and architectural renderings because of its ability to seamlessly integrate all the necessary elements. As a variant to guiding lines, some programs even make use of control points and control panels in case of a tangential plane.

Surface modeling has the ability to produce even those visual representations which are not possible in the real world. However, for this very reason, it becomes necessary to ascertain whether it is even possible to physically manufacture such a design. The main tool out of all the modeling tools offered by different programs, ‘Loft’ is used specifically for surface modeling. Some programs that support surface modeling are Catia, FreeCAD, Inventor, ZBrush, and Slideworks.

As you can see, there are many methods and techniques to creating 3D models. Each type has its own benefits, and they can be used interchangeably according to the designer’s skillsets and project requirements. if you’d like to know more about interior design software to explore different types of modeling, check out our read on the best software used by modern-day professionals.

But, as you can also see, the 3D modeling process can be very complex and require knowledge of various software and mathematical theories. If you are a beginner in the world of creating 3D models, you might find it more helpful to work with and customize pre-existing models, instead of starting from scratch.

One tool that allows for this is Foyr Neo, a space planning, designing, and presenting software created with interior designers in mind.

When working in Neo, you can drag and drop over 50,000 pre-modeled products from our catalogue directly into your design. Once you’ve added an item, you can fully customize the size, shape, texture, color, and more, with just the click of a button. You can also reach out to Foyr Neo’s customer success team, and they can create custom 3D models to fit any of your needs.

With Neo, you can have completely unique 3D models, without having to learn complex software or spend a great deal of time starting from scratch. If this sounds like it would fit your needs, then sign up today for a 14-day free trial! 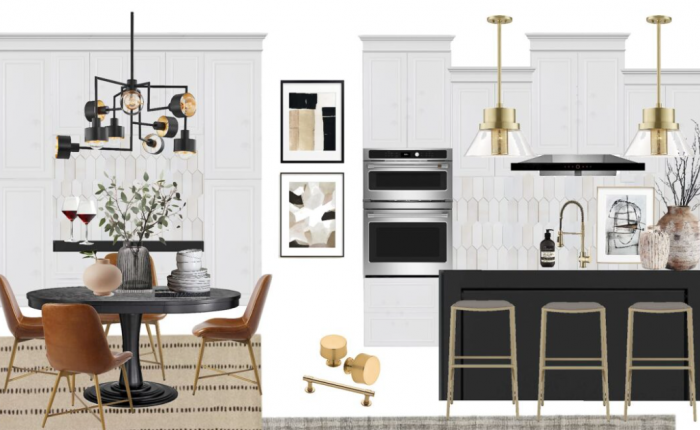 15 Best Tips To Create A Kitchen Mood Board Design 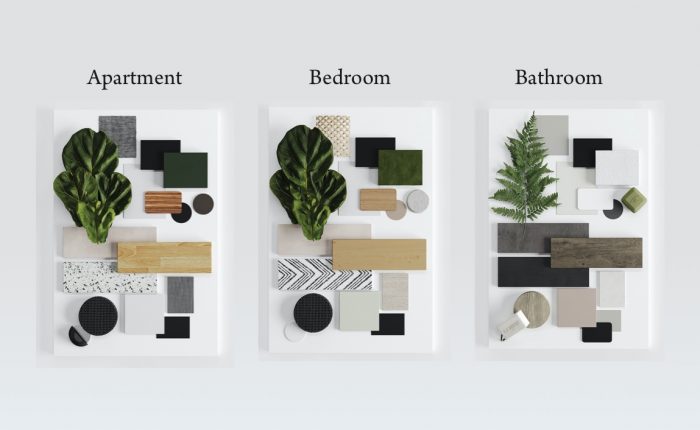 Difference Between Mood Board and Concept Board 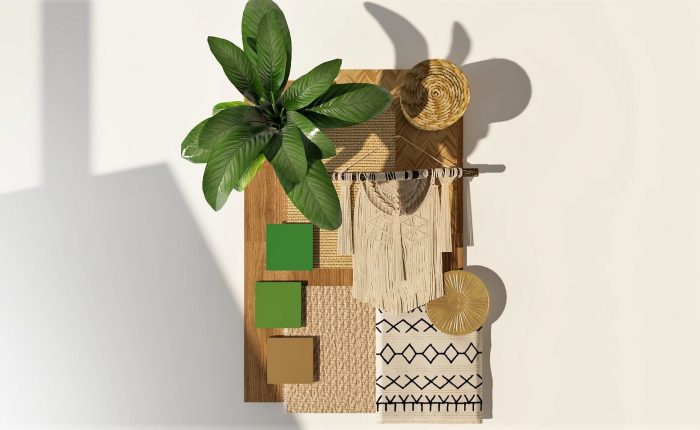 How To Create A Bedroom Mood Board Design? 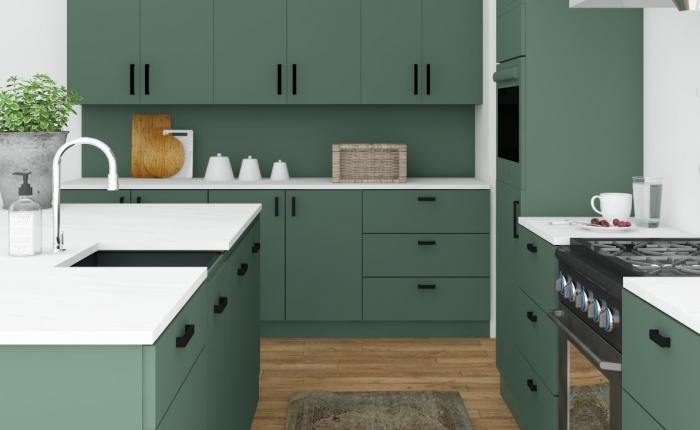 35 Best Kitchen Color Schemes for All Types of Kitchen 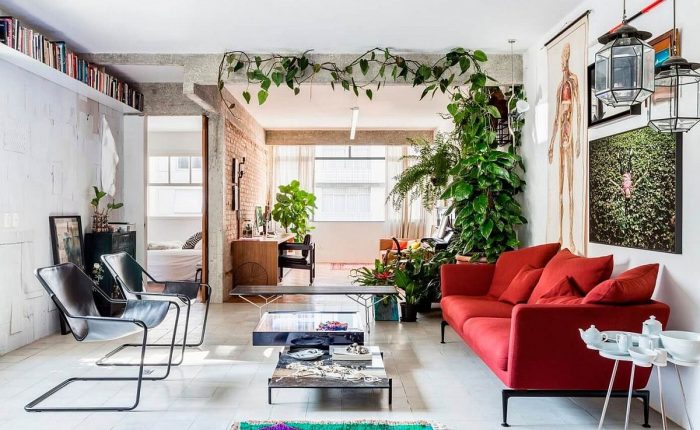 15 Best Interior Design Trends to Look Out for in 2023